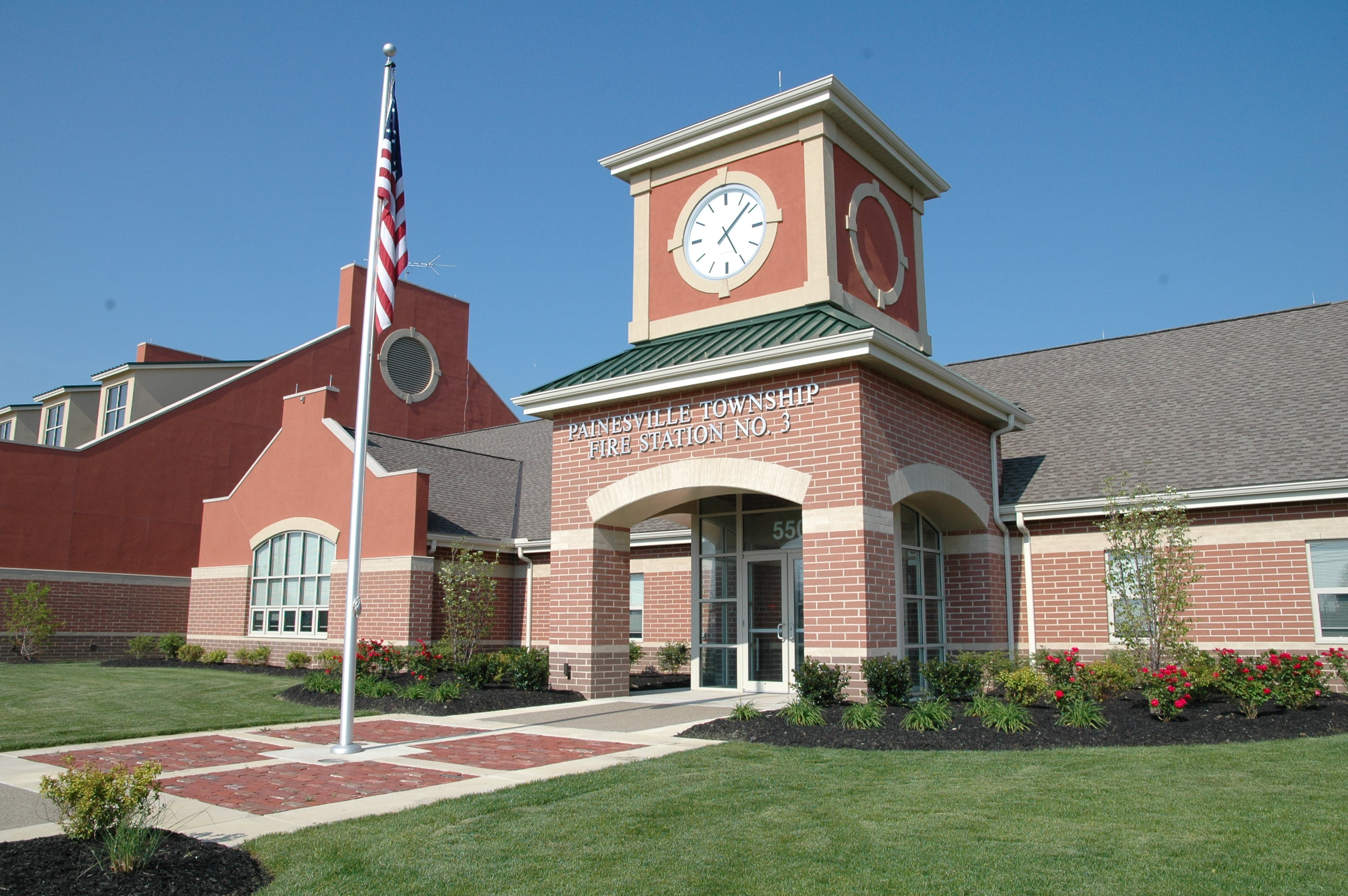 In early 1963 Trustee William Mackey championed the effort to start the Township Fire Department. Under his leadership, the township continued forward with the plan to start the department. The sites for new fire stations were selected, as it turns out they were very strategic locations, Station 1 at 55 Nye Rd and Station 2 at 141 Bowhall Rd. Station 1 was built for around $50,000.  Station 2 was designed like station 1, with minor differences at a cost of around $80,000. As the township moved forward with the building plans, hiring and training the new fire department. The trustees and the community continued the debate, the local industrial facilities weighed in on the issue of the new fire department.  They opposed the creation of the department.The plant managers of the Diamond Alkali, Naugatuck (futureUniroyal) and others came out against the creation of the township Fire Department full time positions with benefits.

In the November 26, 1965 Trustee’s meeting, Mr. Mackey offered a resolution appointing a list of men to the Painesville Township Volunteer Fire Department effective December 1, 1965.  The motion passed 2 to 1. Many on the list were already firemen for other communities, the department was not exactly inexperienced as was charged by some who were against the creation of the department.  These men shouldered a huge responsibility, the local press was looking for them to fail, many of the large industrial facilities didn’t trust these men to meet the required skills to manage the industrial risk, there were others hoping they would fail, as we know they did not.

The Grand River Fire Chief Fred Guthleben was selected to lead the new township fire department. Chief Guthleben became the first full time employee of the department, to be followed by Fred Armstrong the department training captain. They recruited firefighters from Grand River and Fairport.  In addition, they recruited within the community by word of mouth, offering the training.  They would have 44 firefighters ready to start work at the new stations. The department continued to recruit and has been recruiting ever since.  A candidate back then needed only the 36 hr. basic firefighter course, if they were an EMT that was a bonus. Today a candidate must have the 240 hr. Level II firefighter certification and at least be an EMT, paramedic certification again is a bonus.  They must have a paramedic certification to get a full-time job with the department. Historically we have given a start to a lot of aspiring firefighters; many went on to get full time jobs across the north-east Ohio area.

On  February 1,1966 the Painesville Township Fire Department was open for business to serve the residents and visitors. At midnight Mike Nahornack, George Palmer, Phil Dickerson and Bob Sutch assumed duty at the Painesville Township Fire Station’s.  They had no calls during their first shift. The stations were staffed using 6 hour shifts, 2 men at each station.  The first call for the new fire department was on February 6, 1966 at 6:10 pm, the log indicates the fire phone rang “reporting a smoking motor, under control and not to come,” two men went to check.  The pay at the time was $1.00 an hour and $3.00 run pay (if they went out on a call). The equipment they had was township equipment returned from the Painesville City FD, the 750 gpm Pirsch pumper, the 500gpm International pumper and the Rescue truck were assigned to station 1, the new 1000 gpm Young pumper, the 500-gallon tanker and the grass fire unit were assigned to station 2.  Some of the men also worked for the Grand River and Fairport Fire Departments, so not everyone was inexperienced. Training was going to be a big part of what the new department needed to accomplish. Fred Armstrong was hired as the training officer; Fred was already an EMT and Fire instructor with the Grand River FD.  With a lot to prove the department stressed training and every day there would be some sort of training with weekly training sessions for the entire department.

The department had a rescue truck, it was not like a rescue vehicle of today.  The van carried rescue equipment, the primary equipment used was a “resuscitator” an oxygen delivery device.  This unit would be used on calls of heart attack and trouble breathing; the FD would then call for an ambulance from one of the local funeral homes to transport the patient to the hospital. The fire department did not do the transports back then.  They only seemed to be called for serious illness or injury, most people took themselves to the emergency room or the doctor’s office for treatment.Emergency phones were answered at each station, if the call was in station 1’s area, station 2 would do the dispatching.  At that time, we staffed 2 at each station, if the call was a rescue, phone calls would be made to get the closest off duty firefighter to meet the squad at the scene. All members of the department were issued home alert radio’s Plectron’s If the call was a fire, a radio alert would be sent out and all members were expected respond to the scene.

As the number of calls went up and the availability of part time firefighters became less, the township recognized the need to address the staffing model.  Up to this time firefighters signed up for blocks of 6 hour shifts based on seniority.  In 1990 the Township recognized the need for a core of full time fire fighters.  Chief Armstrong guided the department through the process of starting the full-time department.  The Ohio Fire Chief’s Association was hired to create a test and interview process to be offered to the current part time staff. Because of that testing the department hired 6 people: Frank Huffman, Tom Sitz, Bob Lloyd, John Sutch, Mark Myllykoski and Steve Kallay.  These individuals were assigned 1 to each station to cover the three shifts.  Firefighters work a 24 on 48 off work schedule, we refer to the shifts as A, B and C.  Part time staff was still an essential part of how the department operated and the part time signup system was still utilized.  That group of employees was sent to the Ohio Fire Academy for the basic Firefighter training course.  They stayed at the academy for 5 weeks coming home on weekends

In 2004 we asked the citizens of the township to approve a new fire levy to build and staff a 3rd fire station, the issued passed.  In 2008 we opened a new fire station at 550 Hardy Rd, the station provides coverage to the north-east quadrant of the township.  The station was built and designed for the future, the administrative area includes space for a department office manager, fire prevention office. 2004 levy provided money to staff that station, opening this station reduced the response time to that part of the township significantly, in some cases by 4 minutes.

The department today consists of a Fire Chief, 9 lieutenants, 18 full time fire fighters and 25 to 30-part time firefighters.  The part time number varies as they come and go throughout the year.   We maintain a 3-person staff at all township stations.  The Grand River station has a 2-man minimum staffing requirement, the minimal number of calls in the joint area along with a response from our station 1 allows that staffing level to work.  By utilizing our part-time staff, we can cover for full time staff vacation and other time off. The part time staff allows for an increase in daily staffing to 4 at station 1, and on occasion 4 at station 3.  This increase in coverage not only provides a better response capability but provides accommodation for sick call offs and compensation time off requests.  We have an authorized strength of 28 full time and 26-part time employees.